‘Great March of Return’ meeting in Portadown with Asad Abushark 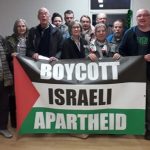 On Saturday, 1st December, the Portadown branch of the Ireland-Palestine Solidarity Campaign was privileged to host Asad Abushark as the guest speaker at a public meeting in the Drumcree Community Centre.

During his wide-ranging and very informative talk, Asad traced the history of the Palestinian people’s struggle for national liberation from the signing of the Balfour Declaration a century ago, right through to the present-day ‘Great March of Return’.

He very vividly explained the importance of the right of return for all Palestinians by recounting his own family’s experiences.

Asad’s described how his own grand-father had once been Mayor of Ashkelon prior to the Nakba in 1948. Today, the descendants of Asad’s grand-parents are refugees – a people dispossessed of their homes, their lands and their livelihoods.

When asked during a question & answer session as to how best the Irish people could support the Palestinian struggle, Asad replied by advocating the implementation of BDS – Boycott, Divestment and Sanctions.

Asad said the use of boycott as an economic and political weapon first manifested itself almost 140 years ago in Ireland in order to non-violently and peacefully challenge the devastating impact of British settler-colonialism in this island.

He also reminded his audience that, through the effective implementation of an economic boycott in the 1980’s, the people of Ireland had played a pivotal and leading international role in the defeat of apartheid in South Africa.

Urging support for a similar and effective economic boycott of all Israeli goods, Asad praised Senator Frances Black and all those who were engaged at the present time in attempting to translate the Occupied Territories Bill into Irish law. If passed the Bill will make it an offence to import into Ireland any good produced in illegal Israeli settlements in Palestine. 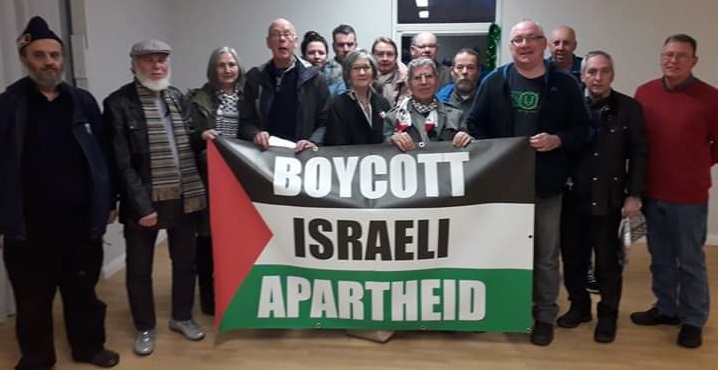