The Palestine Podcast #13: Riya Hassan on ’10 years of BDS: A decade of global resistance to Israeli Apartheid’

On Wednesday 23rd September 2015 the Ireland-Palestine Solidarity Campaign (IPSC) hosted Riya Hassan, the European coordinator of the Boycott, Divestment and Sanctions National Committee in Palestine (BNC). The talk marked ten years since the BDS call was issued from Palestine by a huge coalition of civil society, trade union, faith and political organisations.

In those ten years the BDS campaign has gone from strength to strength (with the occasional setback) and become a major factor in the Palestine-Israel issue, so much so that Israeli officials have begun openly taking about the movement as an “existential threat” to Israeli apartheid. Riya Hassan spoke about about the unstoppable growth of this Palestinian civil society-led movement for freedom, justice, equality and a just peace in the Palestine-Israel region. 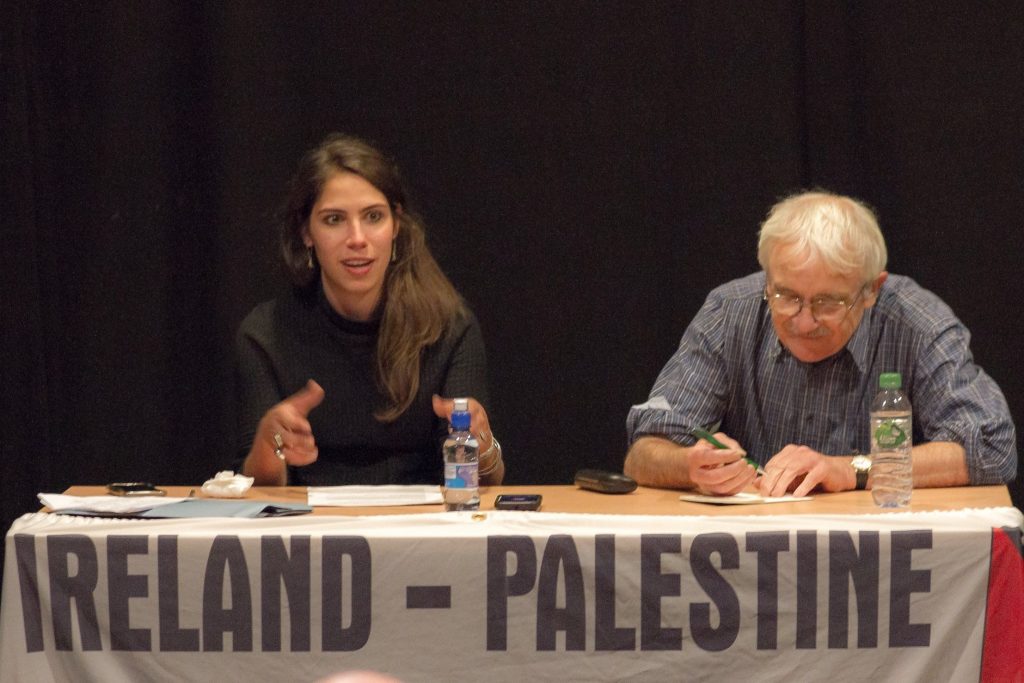