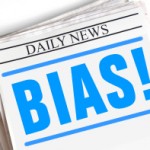 As part of their attack on Gaza, Israel has conducted a media war in Ireland – media outlets have spoken to us of being ‘bombarded’ by Israeli press releases and having Israeli spokespeople continually haranguing them. As we’re sure you’ve noticed, this has led to a significant bias in media reportage of the issues – whether on TV, radio or newspapers. We need to redress this imbalance – Irish media outlets must be asked to provide a fair and balanced coverage.

NOTE: You can download this document as a printable PDF here.

Below, we have listed the main anti-Palestinian forms of bias present in the media: lack of context, lack of human empathy towards Palestinians, reporting this one-sided massacre as a ‘war’, as well as other Israeli talking points that are repeated in the media.

If you encounter the types of bias we outline below in any media outlet, we would urge you to contact the outlet by phone, email or letter in order to set the record straight. We cannot emphasise enough the importance of countering anti-Palestinian bias in the media – especially within our national broadcaster, RTE. While our press team are working hard to ensure voices from Gaza and those supporting Palestinian rights are heard, we can all work to ensure our media stops its current anti-Palestinian bias.  It is important, when contacting the media, to remain friendly and polite, when asking for truth and balance in media reportage.

Do let us know about any responses you receive, and if you have any further queries don’t hesitate to contact us.

Lack of or false context

A false characterisation of Israeli violence

Lack of empathy towards Palestinians

Reports that fail to mention pressure on the hospitals in Gaza re supply of medicines, (largely because of Israel refusing to allow proper supplies of medicine into Gaza)