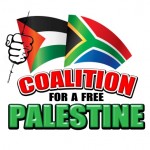 The statement highlights the role of the diamond industry in Israel in funding the Israeli military which stands accused of war crimes by the UN Human Rights Council, Amnesty International, Human Rights Watch and Israeli human rights organisation Bt’Selem.

Tahir Sema, Convenor for the Coalition for a Free Palestine (CfP), speaking on behalf of the signatories said “Diamonds that fund an apartheid regime accused of war crimes are not conflict-free – they are blood diamonds. The Kimberley Process must ban the trade in all diamonds that fund human rights violations and not just rough diamonds that fund rebel violence against legitimate governments.”

The statement calls for the remit of the KPCS, which is presently restricted to rough diamonds, to be expanded to include cut and polished diamonds; for a ban on all diamond exports from South Africa to Israel and for an expansion of the diamond cutting and polishing industry in South Africa so South Africans enjoy the fullest benefits from their country’s natural resources.

The statement quotes Israeli political economist Shir Hever, who, in evidence given to the Russell Tribunal on Palestine, said “Every time somebody buys a diamond that was exported from Israel some of that money ends up in the Israeli military, so the financial connection is quite clear. Overall the Israeli diamond industry contributes about $1 billion annually to the Israeli military and security industries.”

1. – Text of Statement by civil society organisations and human rights activists from South Africa calling for a rejection of Israeli blood diamonds –http://bit.ly/15uF31L

2. – UN Human Rights Council Report of the Fact-Finding Mission of the Gaza Conflict – “The Mission finds that the conduct of the Israeli armed forces constitutes grave breaches of the Fourth Geneva Convention in respect of wilful killings and wilfully causing great suffering to protected persons and, as such, give rise to individual criminal responsibility. It also finds that the direct targeting and arbitrary killing of Palestinian civilians is a violation of the right to life.” http://www2.ohchr.org/english/bodies/hrcouncil/docs/12session/A-HRC-12-48.pdf

3. Amnesty International – “Impunity continued for war crimes committed by Israeli forces during Operation “Cast Lead” in 2008-2009, and there were no indications that independent investigations would be conducted into violations committed during the November 2012 Gaza-Israel conflict.”  http://www.amnesty.org/en/region/israel-and-occupied-palestinian-territories/report-2013

4. – Human Rights Watch – “Official statements that reflect the military having adopted an unlawful basis for attacks are evidence of war crimes because they show intent.” http://www.hrw.org/news/2012/12/20/israelgaza-unlawful-israeli-attacks-palestinian-media

8. – Israel is one of the world’s leading diamond exporters, with exports valued at $22 billion in 2011 accounting for 30% of Israel’s exports. http://www.israelidiamond.co.il/english/news.aspx?boneid=401

10. – Kimberley Process Civil Society Coalition, Brussels Communiqué calling of the inclusion of the cutting and polishing industry in the Kimberley Process http://www.pacweb.org/Documents/Press_releases/2011/KP_CSC_Brussels_Communique_Dec2011-Engl.pdf

11. – Global Witness leaves Kimberley Process, calls for diamond trade to be held accountable – “Most consumers still cannot be sure where their diamonds come from, nor whether they are financing armed violence or abusive regimes.”  http://www.globalwitness.org/library/global-witness-leaves-kimberley-process-calls-diamond-trade-be-held-accountable
12. – Amnesty International –  “Israeli forces killed hundreds of unarmed Palestinian civilians and destroyed thousands of homes in Gaza in attacks which breached the laws of war, Amnesty International concluded” – http://www.amnesty.org/en/news-and-updates/report/impunity-war-crimes-gaza-southern-israel-recipe-further-civilian-suffering-20090702