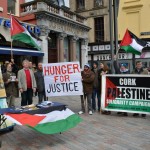 Invoking the memory of former mayor of Cork, Terence MacSwiney, the Cork branch of the Ireland-Palestine Solidarity Campaign has symbolically joined Palestinian prisoner Samer Issawi in his hunger strike for justice. Having collectively fasted for 24 hours on Saturday 20th April at a gathering in St. Patrick’s Street, members of Cork IPSC have started on a ‘hunger strike relay’, where each person will fast for 24 hours before handing the hunger baton to another member or supporter. (If you would like to get involved in the relay, please contact cork@ipsc.ie)

A statement from Cork IPSC said: “The people of Cork know a thing or two about hunger strikes. One of our Lord Mayors, Terence MacSwiney, died after a hunger strike of 74 days in 1920. But Samer Issawi has already endured more than 250 days of hunger. Gradually turning into a ghost, he has slowed the process of bodily decay because, as well as drinking water, he is taking some vitamins and trace minerals. We cannot match the marathon effort that Samer has already made. But, by acting in relay, we will accompany Samer in hunger until his unconditional release, whether that comes as a result of his death or of his being set free to spend his last days as a free man in his homeland.” 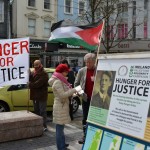 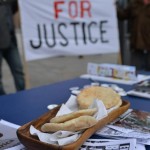 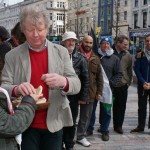 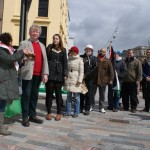 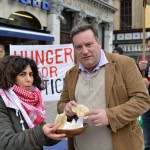 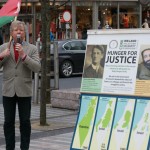 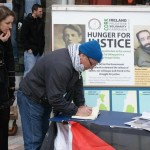 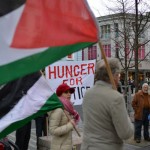 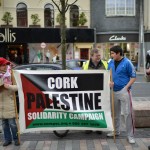 Below are the names of those taking part in the relay, and the dates which they are fasting.

The following have also pledged to take up the hunger baton should Samer remain in prison beyond the 4th May.