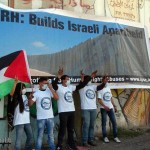 Yesterday, March 27th, the complicity and criminality of Irish multinational cement giant CRH in aiding and abetting the occupation was highlighted at the notorious Israeli checkpoint at Qalandia in the occupied West Bank. Palestinian activists mounted a large banner on Israel’s illegal Apartheid-Annexation Wall  condemning CRH’s role in providing cement through Nesher Israel Cement Enterprises Ltd for the Wall, the building of illegal settlements and Jerusalem light railway and other illegal projects in breach of the Geneva Conventions. 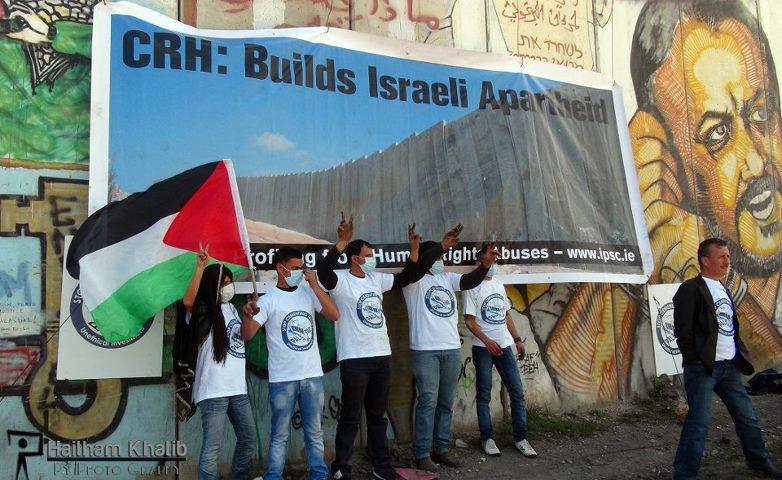