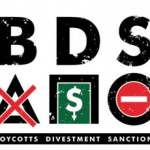 MORE THAN 120 Irish academics have signed a pledge to boycott Israeli institutions until Palestinian rights are respected.

The number is expected to increase as more lecturers learn about the growing campaign for boycott, divestment and sanctions (BDS) against Israel – a campaign led by Palestinians that is gaining global support.

“The conflict in Palestine has now reached its ‘South African moment’ – the point at which Israeli apartheid has been recognised as such by the international community,” Prof Haim Bresheeth, a noted London-based film-maker and academic from Israel, said today.

Prof Bresheeth and Dr Ghada Karmi, a Palestinian doctor of medicine, scholar and lecturer at the University of Exeter, will be in Belfast and Dublin next week to help launch a new Irish campaign to support the academic-boycott pledge, Academics for Palestine (AFP).

Dr Karmi emphasised that the boycott does not target Israeli individuals but institutions. Far from being a threat to academic freedom, she said, BDS affirms its importance for Palestinians.

“The recent endorsement of the boycott campaign by the 5,000-member American Studies Association in the US, along with positive moves by the Modern Language Association and the controversy over Scarlett Johansson, showed that BDS is now very much part of a mainstream international debate,” Dr McCarthy said.

“The TUI’s historic decision was the impetus for building a broader academic-boycott campaign in Ireland,” AFP chair Jim Roche said today. Roche, who teaches architecture at DIT, was instrumental in securing passage of the TUI motion.

EU-funded research partnerships involving Israeli institutions and worth billions of euro mean that this boycott campaign is not mere posturing: many Irish researchers are involved in such projects, including ones with military/security applications. AFP will be providing detailed information about these partnerships.

“In response to the call from Palestinian civil society for an academic boycott of Israel, we pledge not to engage in any professional association with Israeli academic, research and state institutions and with those representing these institutions, until such time as Israel complies with international law and universal principles of human rights.”