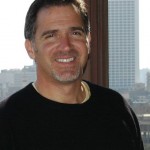 An Israeli writer whose father was a leading general in the 1967 war has warmly welcomed the Teachers Union of Ireland (TUI) support for an academic boycott of Israeli institutions.

“It’s a particularly good time to be visiting Ireland,” Miko Peled said in Dublin tonight. “One of your teachers’ unions has just achieved a historic breakthrough for the boycott, divestment and sanctions movement.

“I welcome the TUI’s support for the academic boycott of Israel – the first such support from a European academic union. I hope it’s followed by others, and by action.”

This evening, Peled, whose 13-year-old niece was murdered by a Palestinian suicide bomb in 1997, told an audience at the Gresham Hotel in Dublin how that tragedy led him to explore the reality of life for Palestinians. His explorations feature in his recently published book, The General’s Son: Journey of an Israeli in Palestine.

Peled said he came to the conclusion that Zionism, the ideology of Israel as a Jewish state, “is about as far from Judaism as you can get”.

Peled grew up in Jerusalem in a well known Zionist family. His grandfather, Dr. Avraham Katsnelson was a Zionist leader and a signatory on the Israeli Declaration of Independence. His father Matti Peled was a famous general in the Israeli army who himself evolved into a peace activist.

Peled said that when his niece was killed, “my sister’s reaction was to oppose retaliation. She said, ‘No real mother would want to see this happen to any other mother.’”

Peled said he confronted his own fears and prejudices and spent time in the West Bank. In recent months he has also visited Palestinians in the Gaza Strip (which he reached through the tunnels that connect Gaza to Egypt) and in the notorious ‘Gaza’ refugee camp in Jordan.

Peled is a strong supporter of the Palestinian call for boycott, divestment and sanctions (BDS) against Israel. The campaign has been getting growing international support, and Peled rejected the idea that it is an unacceptable restriction on academic and cultural freedom.

The TUI’s vote at its conference last week has prompted international praise and outrage, including an angry editorial in the Jerusalem Post and letters of support to TUI from Palestinian and Israeli academics.

Peled, who is 51, is hopeful: “There is no doubt in my mind that there will be peace in my lifetime. Without hope, what’s the point of trying to move forward and actually do something?”

Peled will speak at another public meeting at Cork’s Gresham Metropole Hotel on Saturday at 3pm. That meeting, like tonight’s, will be hosted by the Ireland-Palestine Solidarity Campaign.