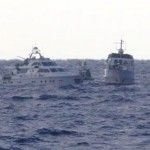 Media reports along with Israeli military statements appear to confirm that the Irish and Canadian ships attempting to sail to Gaza and break the illegal siege have been boarded in international waters by Israeli forces. We believe they are now being taken against their will to the Israeli port of Ashdod. This is the information we have as of 4pm November 5th.

THERE IS A DEMO TONIGHT IN DUBLIN AT 6PM AT THE SPIRE, O’CONNELL STREET. Click here for full details.

The following image was released to the media by the Israeli military in the past few minutes. 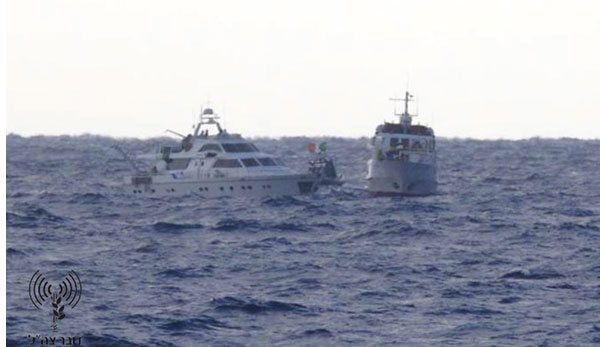