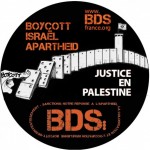 The following statement was issued on 1st February by the Ireland-Palestine Solidarity Campaign in response to the French state’s continues attempt to criminalise the right to boycott Israeli goods and to trample over free speech rights.

Background: France’s highest appeals court, issued a decision in October 2015, affirming that the call to boycott Israeli goods is a misdemeanor in France and, thus, punishable as a crime. This is an outrage.

We ask you to please also sign and share these two important petitions on this issue (each will only take 30 seconds).

Petition 2: Support the right to call for a boycott of Israeli goods in France

The Ireland-Palestine Solidarity Campaign extends its support and solidarity to our colleagues in France fighting for the right to free speech and the freedom to boycott Israeli products.

From Ireland in the 1880s, to the Montgomery Bus Boycott in the 1950s, to South Africa under apartheid – boycotts have been used as a popular means of protesting against injustice.

Indeed, coming from the country where the term ‘Boycott’ was originally coined during the long struggle against British colonialism on our island, we believe that boycotts are legitimate and necessary means by which to resist Israeli colonialism in Palestine.

In seeking to criminalise boycotts, and the Boycott, Divestment and Sanctions movement in France more generally, we believe that the French state has shamed itself utterly.

In criminalising those who seek to aid Palestinians in their resistance to Israeli occupation and colonialism, the French state has openly allied itself with apartheid Israel; it has said to Israel, ‘continue to commit war crimes, continue to execute people without trial, continue to abuse children, continue to imprison thousands, continue to humiliate and degrade millions, continue to steal land, resources and to build illegal settlements. We will not act to stop you, and we will not allow civil society to organise to stop you either. You have carte blanche to do as you please to the Palestinian people.”

The IPSC believes that all charges must be dropped against BDS activists, pardons handed out to all who have been convicted, and that the law must be rewritten so as to exclude the possibility of prosecutions of antiracist and anticolonial activists who seek to boycott any state because of its actions and policies.