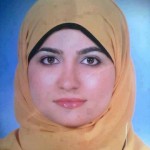 Yesterday, as media outlets focused on the outcome of the elections in Israel, it was business as usual in Israeli-occupied Palestine. Two Palestinians lost their lives at the hands of the Israeli occupation forces, bringing to six the number of young Palestinians killed by Israeli forces in the past fortnight alone. These deaths have gone largely unreported in the Irish media and Israeli aggression continues apace. The Israeli government and its military continue to kill, maim and destroy lives and livelihoods with impunity, unchecked by the international community.

Yesterday, 23rd January 2013, Lubna Munir Hanash, a young 22-year-old Palestinian woman was shot in the head and died from her injuries. Witnesses told the Ma’an News Agency that Israeli soldiers travelling in a civilian car opened fire at a group of people near Arroub refugee camp between Bethlehem and Hebron. Hanash, a student in her fourth year at Al-Quds University, had reportedly been visiting her sister in the camp.

Earlier yesterday a Palestinian child died in hospital as a result of gunshot wounds. 15-year-old Salih al-Amarin had been shot in the head on Friday by the Israeli military in Bethlehem and tragically succumbed to his injuries.

Another four young Palestinians were killed in the preceding fortnight, two in Gaza and two in the West Bank.

On 11 January, 22-year-old Anwar Mamlouk was shot by Israeli soldiers outside the Jabaliya regugee camp in Gaza. Mustafa Jarad a 21-year-old farmer from Beit Lahiya in the northern Gaza Strip was shot in the forehead by an Israeli sniper on 14 January while working his land 1,200 metres away from the border. Doctors tried to remove the bullet from his severely injured brain but Jarad died after surgery.

On 12 January 21-year-old Odai al-Darawish was shot dead. Although Israeli sources claimed they had shot al-Darawish in the legs according to their “rules of engagement”, medical reports show that he was hit in the back, indicating that he was likely shot while trying to run to safety. Samir Awad, a 17-year-old from Budrus, a village near Ramallah famed for its non-violent resistance to occupation, was shot from behind in the head, torso and leg while running away from Israeli soldiers on 14th January. Samir had just completed his last exam before the school break and had joined a group of friends to protest at Israel’s illegal apartheid wall.

The wall, which cuts through and steals Palestinian land, has led to the Awad family losing five acres of their land and 3,000 olive trees. The wall is just one of the ways in which Israel further dispossess Palestinians and according to the International Court of Justice, which in 2004 ruled that the wall was illegal, “construction of the wall being built by Israel, the occupying Power, in the Occupied Palestinian Territory, including in and around East Jerusalem, and its associated regime, are contrary to international law”.

Often when incidents such as these do received coverage in the Irish and/or western media, there has been an overreliance on official Israeli sources and a failure to challenge a narrative in which the term “rules of engagement” is used to obfuscate the shooting of young Palestinians in the back, and the euphemistic phrases “forbidden territory” and “infiltrators” are employed to place the blame on the victims of these cold-blooded crimes.

Indeed, it is important to point out something that has not been widely covered in our media. Since the announcement of an Egyptian-brokered ceasefire in Gaza after the Israeli attack on the region last November, Israel has consistently broken the terms of the agreement. Over the past two months, 4 Palestinians have been killed by Israeli forces in Gaza, and 77 have been injured, including 16 children. There have been five military incursions, regular fire from border posts into the coastal strip, and numerous attacks on Palestinian fishermen by the Israeli navy at sea. Furthermore, Gaza remains under an Israeli-imposed siege and unilaterally declared Israeli ‘buffer zones’ remain in place around the border denying farmers access to their lands. Palestinian fighters, on the other hand, have stuck to the terms of the ceasefire.

In the same time period, Palestinians in the West Bank and East Jerusalem have faced continued Israeli military and illegal settler violence and repression. 6 people, including 3 children have been killed; 79 people have been injured, including 18 children; there have been over 530 military incursions and around 30 settler attacks on people and property; over 2100 olive trees have been uprooted, destroyed or damaged;  plans for around 9,000 illegal settlement units have been announced; and in Gaza, the West Bank and East Jerusalem more than 440 people have been detained, including almost 70 children, along with a further 6 international and Israeli human rights defenders.

Therefore, it is clear that whatever the final outcome of the election process in Israel, there will be little change for Palestinians in the region – whether they live in occupied Palestine or inside Israel. While Israel purports to be the “only democracy in the Middle East”, and is often uncritically lauded as such despite the many very real problems with the practice of Israeli democracy, the reality is that Palestinians face systematic discrimination and apartheid and are met with an array of Israeli offences every day.

The Israeli Ambassador to Ireland, Boaz Modai, wrote recently in defence of the use of skunk, a foul smelling liquid used against unarmed Palestinian, Israeli and international demonstrators.  He stated that “[w]hile in dictatorial regimes across the Middle East, demonstrations are met with live ammunition, Israel as always seeks to use minimum force to deal with disturbances”. However, peaceful protests in occupied Palestine are routinely met not only with skunk but with live rounds, rubber-coated steel bullets, tear gas, concussion grenades and truncheons. Moreover, one does not even have to be involved in a demonstration for the Israeli army to use live ammunition on you. Simply being Palestinian seems to be enough of an offence to deserve being gunned down in the street, as Lubna Hanesh was yesterday.