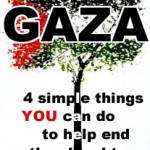 1. BOYCOTT ISRAELI GOODS
From blood diamonds to dill, Israeli products are often available in Irish retail outlets. Revenues from these products help fund Israel’s apartheid regime and its war machine. Even when this round of slaughter is over, Israel will continue to oppress and kill Palestinians. For a list of Israeli products you can boycott and a sample letter to send to supermarkets see www.ipsc.ie/big

You should also sign this online petition from Mandate, the trade union that represents retail workers, calling on all Irish retailers to stop selling Israeli produce! – www.tinyurl.com/mandatebig

2. WRITE TO THE IRISH GOVERNMENT
Everyone can write to TDs and Ministers and demand Irish action to help end the slaughter and to hold Israel account for its crimes. Write to or call the Taoiseach, the Foreign Affairs Minister, the Dept of Foreign Affairs and your local government TDs and let them know the government is not reflecting the will of the people of Ireland. Tell them the government should instead be to the fore in calling for an international arms embargo on Israel and for Israel’s suspension from the Euro-Med agreement which grants it trading privileges with the EU, and that the government should enact legislation to ban the import of Israeli products. Ask for the expulsion of the Israeli Ambassador. Sample letter online here: www.tinyurl.com/gazalet

Petition to RTE: Please break your silence on Palestine
Though begun before this attack, still relevant as RTE often misreports events, omits context & weights sources in favour of Israel – www.tinyurl.com/rtesil

4. JOIN THE IRELAND-PALESTINE SOLIDARITY CAMPAIGN
Formed in 2001, the IPSC is Ireland’s oldest and largest Palestine solidarity group. As a volunteer organisation we’re always keen for new people to get involved. Join the global movement for peace and justice in Palestine here: www.ipsc.ie/join

Don’t feel you have time to get active? We’re always in need of donations as we have no state or corporate funding. You can donate here: www.ipsc.ie/donate