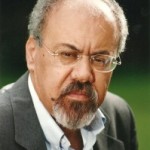 The IPSC has learned of the decease on 16th September, in South Africa, of Ali Halimeh, who was Delegate General of Palestine in Ireland from 2001-2005. He encouraged the setting-up of the IPSC and spoke eloquently at our founding meeting in Trinity College, Dublin, on 29th November 2001. He maintained close links to the organisation and arranged for many prominent Palestinians to speak at our public meetings.

A Lebanese-born protégé of Yasser Arafat’s, he passionately espoused the politics of the Palestinian Authority. Nonetheless, he accepted that the IPSC’s allegiance was to the Palestinian people and not to any faction, and never insisted that we share his views unquestioningly. During his final posting as Palestinian Ambassador to South Africa he openly supported the Boycott, Divestment and Sanctions campaign.

The IPSC wishes to express its sincere condolences to Ali Halimeh’s widow Iman, his daughter Noura, and his son Ahmed who still lives in Dublin.