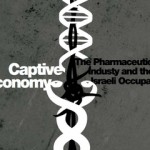 Please sign the following petition against the EU-Israel ACAA agreement which is being debated now in the European Parliament.

The rejection of ACAA is important for the promotion of peace and justice. In its agreements with third countries, we believe that the EU should promote and respect human rights and fundamental values. The benefits brought by the adoption of such agreements should not be built on breaches of international law, unlawful or inequitable exploitation of resources and/or unfair and discriminatory practices. In the case of the EU-Israel ACAA, EU citizens do not want to benefit from Israeli control over Palestinian land; obstacles to the movement of goods and people and exploitation of natural resources by the Israeli authorities; and the forced dependency of Palestinians on Israeli regulations and policies which impedes prospects of sustainable growth in the OPT and benefits Israeli industries.