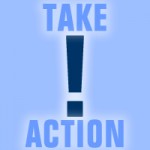 Israel is again attacking the Palestinian people in the Gaza Strip with extreme and indiscriminate violence. We ask you to send the below letter (or one of your own composition), which calls on the Irish Government to immediately demand that Israel cease these attacks and comply with international law, to An Tánaiste and Minister for Foreign Affairs and Trade, Eamon Gilmore.

It will only take two minutes!

I am contacting you as I am very concerned about the recent Israeli attack on Gaza. Israel has launched an unprovoked and extremely violent assault on the tiny coastal strip, home to over 1.7 million Palestinians, and one of the most densely populated areas on earth.

Contrary to your statement on the situation which mistakenly implied that Israel has responding to Palestinian attacks rather than initiating the violence, on Wednesday 14th November, Israel violated an Egyptian-brokered ceasefire by assassinating a leading Hamas commander and bombarding 20 targets in Gaza. This was the opening salvo of what the Israeli military calls ‘Operation Pillar of Cloud’.

Human rights organisations – among them the internationally respected Palestinian Center for Human Rights – report that Israel is bombing Gaza indiscriminately. Civilians have borne the brunt of this assault; there have been numerous attacks on civilian dwellings, infrastructure and institutions resulting in many deaths and hundreds of injuries. This amounts to collective punishment of the population, which is a war crime under the Fourth Geneva Convention.

For the last five years Gaza has been subjected to a siege and embargo by Israel, in violation of international law. This siege, which has caused untold misery for the people of Gaza, constitutes an ongoing situation of belligerence and violence imposed by Israel.

I call on you as Minister for Foreign Affairs to take concrete action to help secure an immediate end to both the Israeli attacks on Gaza, and its ongoing illegal blockade of the region. The fact that Israel has faced no sanction from the international community for its frequent and flagrant human rights abuses against Palestinians has emboldened it to launch this current assault. The Irish government needs to take concrete steps to end this impunity by sanctioning Israel for its behaviour.

The principal step would be to call for the suspension of Israel from the Euro-Med Agreement, under which it is granted special EU trading privileges conditional on “respect for human rights” which is “an essential element of this Agreement”. I also call on you to end the Irish arms trade with Israel, to work within the European Union to end EU research grants to Israel and to impose sanctions on Israeli goods, particularly goods from illegal settlements in the Occupied Territories.

Yours sincerely,
YOUR NAME