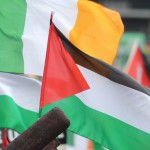 Introductory note: The following statement, issued on 20th February 2017, outlines the position of the Ireland-Palestine Solidarity Campaign towards the reported upcoming motion in Dáil Eireann concerning Irish recognition of a Palestinian state.

The Ireland-Palestine Solidarity Campaign, as an organisation in solidarity with the Palestinian people, does not see our role as intervening in internal Palestinian discussions on statehood, or advocating solutions based on ‘one’ or ‘two’ states. It is our view that these are issues for Palestinians to resolve, free from outside interference.

The IPSC adheres to calls from the leadership of the Palestinian Boycott, Divestment and Sanctions National Committee (BNC) – the largest coalition of Palestinian civil society, trade union, faith, refugee, artistic, cultural and political organisations that works to lead and support the Boycott, Divestment and Sanctions (BDS) movement internationally. We note that no call has ever come from the BNC to either support or oppose recognition of Palestinian statehood by national parliaments. Therefore, the IPSC as an organisation is neither supporting nor opposing this motion in the Irish parliament.

Individual members of the IPSC are free to advocate support or opposition to Palestinian statehood as they see fit, so long as it is clearly done in a personal capacity, and not on behalf of the IPSC.

Therefore, our advice to politicians who will be voting on this motion is that those who support a two state solution should vote in favour, and those who support a one state solution should abstain. We don’t believe that a vote against the motion should be considered by anyone who supports the rights of the Palestinian people and wants to see their freedom. Any speaking time allocated should be used to speak in favour of the rights of all Palestinians, including the right to self-determination and the right of return for refugees, and to denounce the continuing violent, colonial, and apartheid practices of the Israeli state.

Recognition alone is not enough – states have responsibilities too

Noting that a similar motion was unanimously passed by Dail Eireann in 2014, we fully expect this motion to pass too, and assume that the Irish government will act on this second motion and formally recognise the State of Palestine in the near future. Such a move would be an important symbolic gesture that the Irish people, whom the government represents, stand in solidarity with the oppressed people of Palestine.

However, we feel it is incumbent upon us – as an organisation that aims to assist the Palestinian people in their struggle to achieve their full and inalienable rights as enshrined in international law – to point out the important limitations of such a recognition.

A simple recognition of a Palestinian state is not enough to ensure the freedom, justice and equality demanded, and struggled for over decades, by the Palestinian people. Concrete and meaningful actions at a governmental level are an absolute urgent necessity. As the Palestinian BNC has correctly stated:

“States that have recognized the Palestinian right to statehood are even more obliged to end their complicity in maintaining, covering up or even strengthening Israel’s regime of occupation, colonialism and apartheid against the Palestinian people. States that offer recognition of Palestinian statehood and continue business as usual with Israel are beyond hypocritical; they betray their own basic legal and political obligations to end Israel’s grave and persistent violations of international law and Palestinian rights.”

Again returning to the BNC, they state:

“[R]ecognition of Palestinian statehood is clearly insufficient, on its own, in bringing about a real end to Israel’s occupation and colonial rule. Neither will it end Israel’s decades-old system of legalized racial discrimination, which fits the UN definition of apartheid, or allow the millions of Palestinian refugees to return to their homes of origin from which they were violently uprooted and exiled.

“Diplomatic recognition must result in protection of the inalienable right to self-determination of the entire Palestinian people represented by a democratized and inclusive PLO that represents not just Palestinians under occupation, but also the exiled refugees (the majority of the Palestinian people), as well as the discriminated [against Palestinian] citizens of Israel. For it to go beyond symbolism, this recognition must be a prelude to effective and sustained sanctions against Israel aimed at bringing about its full compliance with its obligations under international law. As shown in the struggle to end apartheid in South Africa […] world governments do not turn against a patently illegal and immoral regime of oppression simply on ethical grounds; economic interests and hegemonic power dynamics are far weightier in their considerations.” ‘Two state illusion, one state reality’: The end of a paradigm?

Finally, developments on the ground in the Palestine-Israel region and in the United States of America cannot be ignored. The current Israeli government, emboldened by the election of President Donald Trump in the US, is moving to sideline even lip service to the two state solution at an international level (such lip service in domestic Israeli political discourse has long been abandoned by the right-wing Zionist ascendancy that has governed with few interruptions since 1996). Trump last week made clear at a press conference with Israeli Prime Minister Benjamin Netanyahu that he was willing to dump the US’s ostensible commitment to the two state solution, bringing to an end decades of supposed US foreign policy in the region.

As Palestinian commentator Ramzy Baroud has pointed out, since Trump’s inauguration, “Israel has felt liberated from its obligation to doublespeak. For decades, Israeli officials spoke passionately about peace, and did everything in their power to hinder its attainment. Now, they simply do not care. Period.”

Unfortunately, the ‘end of the two state solution’ on Zionist terms does not automatically translate into ‘one democratic state for all citizens’, nor even to ‘one undemocratic state under Israeli sovereignty’. There has been talk for a while, including by Netanyahu, of giving Palestinians ‘a state-minus’. While no clarity has yet been offered as to what this may entail, in reality it will likely mean some form of limited Palestinian ‘autonomy’ in Gaza, and Areas A and possibly B in the West Bank, while Israel illegally annexes Area C (the 60% majority of the West Bank which includes the Jordan Valley) and retains its illegal annexation of East Jerusalem. Thus, Israel would take sovereignty over much of the water resources, fertile areas and strategic locations, while Palestinians would be consigned to an unviable Bantustan archipelago, which in any case the Israeli occupation forces would be free to enter at any time. Meanwhile Palestinian refugees would continue to be denied their right of return, and Palestinian citizens of Israel will continue to suffer severe discrimination at the hands of the state, if not actual forcible population transfer into the Palestinian ‘state-minus’; this ethnic cleansing is something which the Israeli Foreign Minister Lieberman recently advocated in order to maintain, in his words, “as Jewish a state as possible”. If this all sounds very familiar then that is because that is almost exactly how things are on the ground today. Netanyahu’s ‘state-minus’ will be merely the formalisation – via annexation – of the status quo.

Naturally any such arrangement would be a complete and unacceptable abrogation of the rights of the Palestinian people and would merely be a continuance of the Apartheid regime that presently exists between the river and the sea, and should also be totally unacceptable for any government which, like the Irish government, posits that “respect for and the promotion of human rights [and international law] has always been and will continue to be a cornerstone of foreign policy”. Sadly, the reason this is the status quo at all is due to the inaction of the international community, which has the power to put consequential pressure on the Israeli state. We believe the Irish government has a key role to play in helping to bring about an end to Israeli injustice. In order to do so, it must first listen to and heed the call for justice from the Palestinian Boycott, Divestment and Sanctions National Committee (BNC), which represents the broadest possible alliance of Palestinian civil society, trade union, faith and political organisations. This demand for a campaign of Boycott, Divestment and Sanctions (BDS) is the best means by which Israeli Apartheid and impunity can be ended, and a just and lasting peaceful solution based on the inalienable rights of the Palestinian people be found.

Therefore – in line with the demands of the Palestinian people as expressed through the BNC – until Israel ends its occupation of Palestinian land, and abides fully by its obligations under international law, including granting equality to all its citizens and implementing the Palestinian refugees’ right of return to their homeland, we ask the Irish government to*:

* This is not an exhaustive list of such actions. The IPSC has made submissions to the Irish Ministry of Foreign Affairs and Trade in relation to the ‘Review of Ireland’s Foreign Policy and External Relations (2014)’ and the ‘National Plan on Business and Human Rights (2015)’ which contain further recommendations.