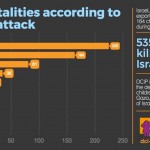 In the latest of literally thousands of such reports dating back over decades, this week Defence For Children International produced a report entitled ‘Operation Protective Edge: A War Waged on Gaza’s Children’. The findings of the report merely add more weight to the call for an arms embargo on Israel and an end to the Irish arms trade with this rogue state.

The report “found overwhelming and repeated evidence of international humanitarian law violations committed by Israeli forces. These included direct attacks on children, and indiscriminate and disproportionate attacks on civilian homes, schools, and residential neighbourhoods”, that “Israel, the world’s largest exporter of aerial drones, killed at least 164 children in drone attacks during its assault on Gaza … evidence suggests that Israeli forces directly targeted children … Missiles dropped by Israeli warplanes killed 225 children while they were in their own homes or seeking shelter, often as they sat down to eat with their families, played … Incidents such as these are not unprecedented. Operation Protective Edge was the sixth Israeli military offensive on Gaza in the past eight years, and raised the number of children killed in assaults on Gaza to 1,097 since 2000”. Finally, the report states that “Israeli armed forces have been regularly implicated in serious, systematic and institutionalized human rights violations against Palestinian children living in the Occupied Palestinian Territory. Children affected by armed conflict are entitled to special respect and protections under international law, but Israel has consistently violated these protections through indiscriminate and disproportionate attacks that have resulted in large numbers of child fatalities and injuries.”

In June 2013 Ireland signed up to the Arms Trade Treaty, stating that it will “prohibit a State from authorising arms exports where it has knowledge that the weapons will be used in the commission of genocide, crimes against humanity, grave breaches of the Geneva Conventions of 1949 or other war crimes”.

The international community and respected human rights organisations are clear that Israel frequently and flagrantly commits war crimes, including breaches of the Geneva Conventions.

You can support the campaign by signing and sharing our petition (Share on Facebook / Twitter) , and by taking some or all of the actions outlined on the campaign page here – the more the better!

It’s time to act to stop the trade in death, and to ensure that neither Israel nor arms manufacturers continue to profit from the deaths of Palestinian men, women and children.