In Pictures: ‘What About Palestinians’ Birthright?’ protest against ‘Birthright Israel’ CEO at Global Diaspora Forum 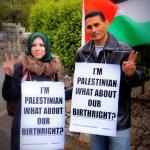 On Wednesday 15th May (Nakba Day) the Ireland-Palestine Solidarity Campaign held a peaceful protest at 9am outside the Global Diaspora Forum which took place in the Fitzpatrick Castle Hotel, Killiney, Co. Dublin. The protest was held as one of the speakers during the 9.30am session was Gidi Mark, the CEO of Taglit-Birthright Israel. Below are photos of the action, and here is the leaflet we handed out (PDF). We were proud to be joined on the by Palestinian activist Mousa Abu Maria, who was visiting Ireland on a speaking tour organised by the IPSC. 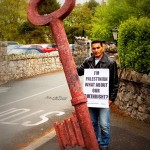 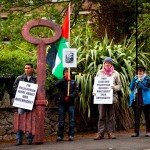 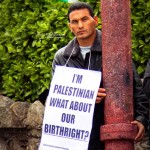 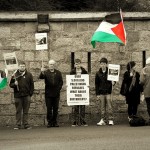 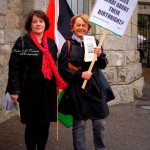 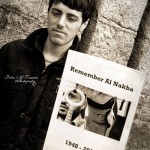 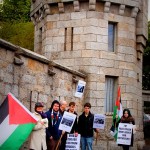 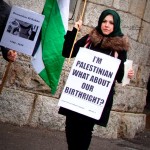 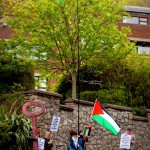 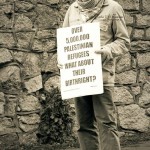 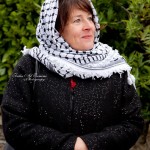 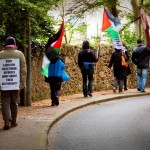 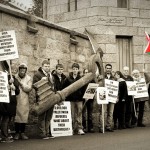 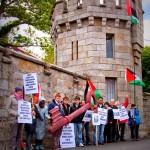 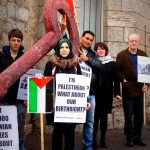 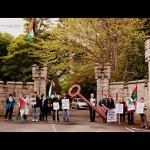 Birthright Israel – part funded by the Israeli state – brings thousands of young Jewish people from around the world to Israel every year, teaching them that all Jewish people have an exclusive right to Palestinian land, and that when they go home they must vocally defend Israeli apartheid. Such visits are virtually impossible for most young diaspora Palestinians – those descended from the refugees of the 1948 Nakba – who wish to visit or live in the homeland they have never seen.

It was particularly offensive that the Birthright CEO was invited to speak on 15th May, a day on which Palestinians all over the world will commemorate Nakba Day, remembering the expulsion of over 750,000 indigenous Palestinians by Zionist forces from what became the State of Israel. These refugees and their descendants, now numbering over 4 million people, have been denied their Right of Return to their homeland for 65 years.