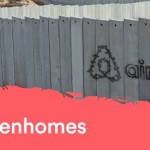 We’re very excited to tell you that Uplift – People Powered Change have taken on the ‘Airbnb Stop Profiting from ‪#‎StolenHomes‬’ campaign. Please see below their appeal which we are happy to also send on their behalf – and please sign and share it. It’s had around 2,000 signatures in less than 24 hours, but it needs more, more, more! Airbnb is listing properties for rent in Israeli settlements that violate international law and occupy Palestinian land illegally. By listing these homes, Airbnb is directly helping legitimise the occupation of stolen land, contributing to a key piece of the Israeli government’s decades-long policies of occupation, discrimination and dispossession.

Uplift has teamed up with groups from across the world who’ve been working hard to stop Airbnb in their tracks.  They’ve already built a huge petition, signed by 150,000 people, which UpLift will deliver straight to Airbnb’s European HQ in Dublin this Friday at 1pm. The address is The Watermarque Building, S Lotts Rd, Dublin 4.

Airbnb’s rental suites are literally built on the rubble of stolen homes; orchards and fields; and displaced communities and families. At least 48,000 Palestinian buildings have been demolished to build homes where only Jewish Israelis are allowed to live – and now dozens are listed on Airbnb. Leading legal scholars say Airbnb’s rentals violate the Geneva Conventions, and the International Court of Justice has condemned them.

Last year alone Airbnb made almost $1 billion in revenue and the company is worth a whopping $24 billion. Yet, Airbnb continues to profit off the illegal settlements, collecting fees from hosts and guests. And for Airbnb users who are Palestinian, these rentals are completely off-limits.

Ireland is the main base for Airbnb business outside the US. They’re already sensitive to negative publicity so we’re in a great position to bring ‘home’ to them the people powered global message that they must stop listing accommodation in occupied Palestine.

PS: To drive home the message that Airbnb must stop listing stolen homes, Uplift are  going to print huge messages sent from people living in Palestine. These powerful pictures will be used at the petition delivery this Friday. Can you chip in to help print these messages on huge boards?