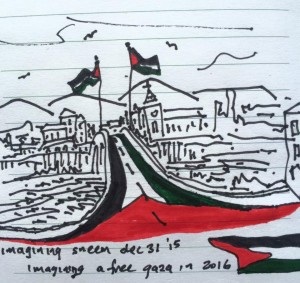 The Ireland-Palestine Solidarity Campaign (IPSC) is calling on people to gather between 2pm and 3pm on Tuesday 31st December on Sneem Bridge to attend a New Year’s Eve vigil for the people of Palestine.