[Limerick] Land Day Vigil: One Year of the Great March of Return (IPSC) 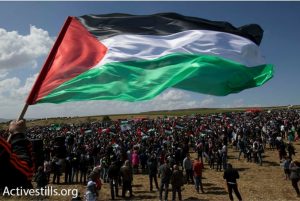 On Saturday 30th March between 4pm and 5pm please join us on Thomas Street to respond to the call from Gaza to mark the first anniversary of the heroic Great March of Return. The date also marks the 43rd Anniversary of Palestinian Land Day.