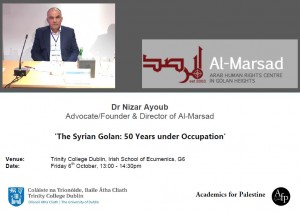 Nizar has published several studies on the legal status of the occupied Arab territories since 1967 with a special focus on Jerusalem. In 2014 Nizar served as a consultant to the UN Conference for Trade and Development (UNCTAD) in the Occupied Palestinian Territory.

Organised by the Irish School of Ecumenics in Trinity College Dublin and Academics for Palestine. 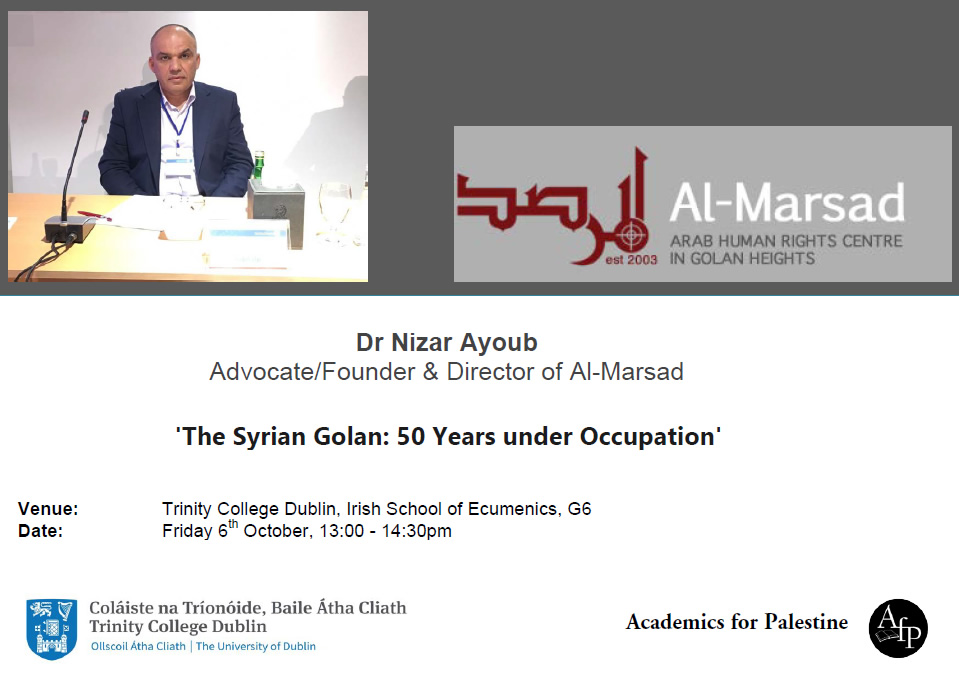