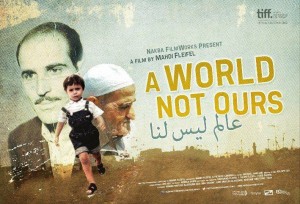 As part of Israeli Apartheid Week 2017, the Limerick branch of the Ireland-Palestine Solidarity Campaign (IPSC) is screening ‘A World Not Ours’, a documentary by Mahdi Fleifel about three generations of Palestinians living in the refugee camp of Ein el-Helweh in Lebanon.

There will also be a screening of the short film ‘Xenos’, a sequel of sorts to the longer film which follows one of the characters as he struggles to adapt to life as an immigrant in Greece.