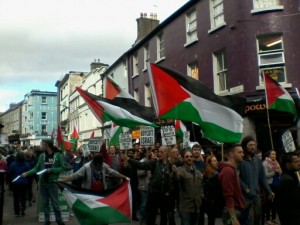 To commemorate the ninth anniversary of the Israeli ‘Operation Cast Lead’ attack on Gaza, and to highlight Israeli’s ongoing brutality coupled with the cruel and illegal siege of Gaza, the Galway branch of the Ireland-Palestine Solidarity Campaign (IPSC) is calling on people to gather at 2pm on Sunday 31st December in Eyre Square to attend our New Year’s Eve vigil for the people of Palestine, especially those in besieged in Gaza. There will be vigils all over the country.

Please spare an hour of your time to remember the victims of the attacks on Gaza in 2008/9, 2012, 2014 and all the killings that have taken place over the past three years, and the ongoing illegal Israeli siege of Gaza which has resulted in a man-made crisis in Gaza.