[Galway] Fundraiser for Children in Gaza 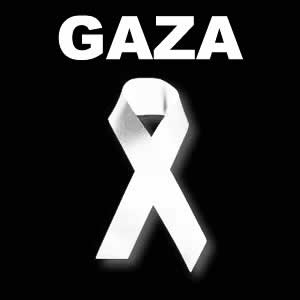 New ska seven piece Big Jelly and spoken word performer Little John Nee are among the artists who have been lined up for a fundraising gig for the children of Gaza at Monroe’s Tavern, Dominick Street this Thursday night (8pm).

It is the latest initiative from the ‘Galway artists for Gaza’ group, which was set up by Little John Nee in response to the bombardment of the tiny enclave just two weeks ago.

Artists have already come together to place flowers along the Salthill promenade and changed their Facebook profile photos in a simple gesture of solidarity with the children of Gaza.

“There was that sense of frustration that children were being killed and our Government was doing nothing about it,” said Little John Nee this week.

“I knew there were many artists in Galway who felt like me. I sent a call-out to other artists and I have been blown away by the response of the arts community. This is probably going to be the first of many gigs.”

All funds raised will go immediately to the Middle East Children’s Alliance (MECA), which is run by Dr Mona Al-Fara in Gaza.

MECA is a non-profit organisation which has worked for the rights and well-being of Palestinian children through medical aid, counselling centres, and support for children’s projects since 1988.