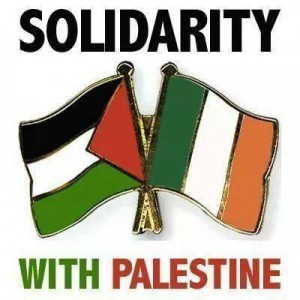 People are needed to assemble outside City Hall by 3.30pm (before the extra-ordinary council meeting) to urge Councillors to back the proposal for an emergency motion to be taken. We have NO GUARANTEE that it will be put on the agenda as yet.
We thank the 3 Sinn Fein Councillors for looking into this, and Labour Cllr. Niall Mc Neillis for his full support.

We are asking people to greet the Councillors as they arrive for the meeting and encourage them to support this motion:-
Galway City Council (GCC) commits to send an urgent communique from GCC to the Minister of Foreign Affairs asking that the Irish government take concrete & immediate action in relation to the following:
> *Call for an ‘immediate’ end to Israeli attacks on the people of Gaza as a vital precondition to a lasting ceasefire agreement, failing which the Israeli Ambassador to be expelled;
> *Call for an end to the illegal Israeli-imposed siege of Gaza;
> *Use its influence to condemn the current imposition of collective punishment upon the protected people of Palestine by the Israeli state;
> *Call for the EU to suspend Israel from the Euro-Med preferential trade agreement, Article 2 of which state that the “provisions of the Agreement itself, shall be based on respect for human rights and democratic principles, which guides their internal and international policy and constitutes an essential element of this Agreement”. Failing this Ireland should suspend trading with Israel until hostilities towards Gaza cease.
> *Join the international call from Palestinian civil society & human rights organisations, including Amnesty International, for an arms embargo of Israel.

> GCC further agrees to:
> *Call for a BDS policy towards Israel pending the successful outcome of above.
> *Express a message of solidarity to those Palestinian political prisoners currently held under Administrative Detention;
> *Condemn & call for the immediate end of the use of Administrative Detention by Israeli occupation forces & the immediate and unconditional release of all such detainees;
> *Condemn any measure that will allow the force-feeding of hunger strikers.
Motion proposed by Galway Alliance Against War, Galway People Before Profit Alliance, Sinn Fein & backed by Galway Pals, NUIG Palestine Solidarity Society, We’re Not Leaving Galway & Ireland-Palestine Solidarity Campaign. Supported by Labour Cllr. Niall Mc Neillis.