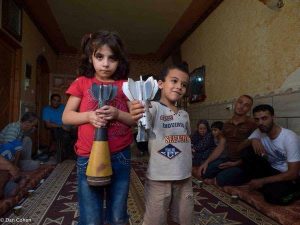 Free showing of ‘Killing Gaza’, the new documentary film about life under siege, by Max Blumenthal and Dan Cohen. Followed by a video link Q&A with the film makers. Wednesday 27th June at 7.30pm in the Old Ground Hotel, Ennis.

Independent journalists Max Blumenthal and Dan Cohen documented Israel’s 2014 assault on Gaza during the war, and chronicled its horrific aftermath. As they waded through the rubble of Gaza’s destroyed border regions, they turned a camera onto the survivors of the slaughter and let them speak for themselves.

Dan returned, week after week, to capture on film the daily struggles of the people of Gaza as they suffered through one of the worst winters in recorded history, and then weathered the sweltering summer heat without electricity and — in many cases — without homes.

Organised by the Clare branch of the IPSC.