[Dublin] Film Premiere: Who Speaks for Palestinian Refugees? (‘The Return of Talk’ plus Q&A with director Adam Shapiro) 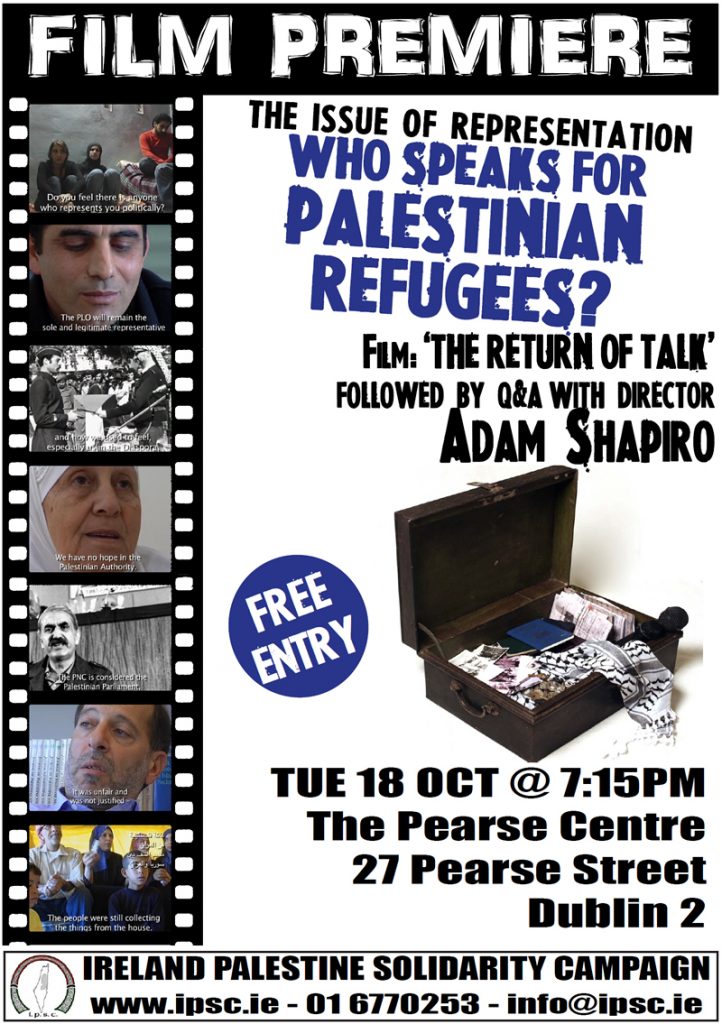 The issue of representation: Who Speaks for Palestinian Refugees?

Film Premiere: ‘THE RETURN OF TALK’,  followed by Q&A with director Adam Shapiro

The Ireland-Palestine Solidarity Campaign is proud to present the Irish premiere of Adam Shapiro’s The Return of Talk. This important film explores the relationship of leadership and representation among Palestinians, notably Palestinian refugees. Giving air to both historical context and debate over future strategy, the film is a comprehensive look at the meaning of political leadership for a people who face exile, occupation and ongoing dispossession. With the recent debate over the Palestinian UN Statehood bid, this film is a timely combination of grassroots, activist and elite perspectives on the history and strategy of the Palestinian national movement.

About the Director: Adam Shapiro is a human rights activist and documentary filmmaker. He was co-founder of the International Solidarity Movement in Palestine. He has made the documentaries About Baghdad (2005), Darfur Diaries: Message from Home (2006), Becoming Nadya (2007) and Nowhere to Flee (2007).