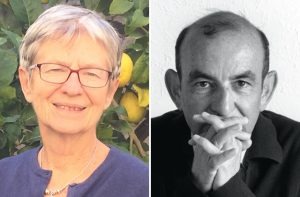 Ramallah in reflection: Going Home: A Walk Through Fifty Years of Occupation is Raja Shehadeh’s absorbing account of a day-long walk through Ramallah, his Palestinian home, on the anniversary of its occupation. As he walks, he considers the changes that he has seen in the city of his birth and his memories of people and place. Joining Raja will be Penny Johnson who has recently published Companions in Conflict, animals
in occupied territory described as a humorous and beautiful creature
in its own right; a ‘Where the Wild Things Are’ for adults. Intriguing! Join us for a conversation between Raja and Penny chaired by acclaimed writer and broadcaster, Susan McKay.