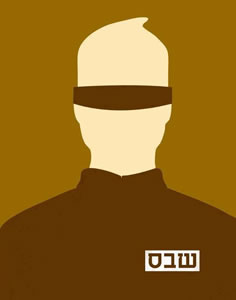 IPSC Vigil at the Spire, O’Connell St, Dublin – Thursday 20th December at 5.30pm, in support of Palestinian Prisoners on Hunger Strike and in solidarity with Palestinian political prisoners.

In response to the call from Addameer (Palestinian Prisoner Support and Human Rights Association) for Global Solidarity for Palestinian Prisoners on Hunger Strike, the Ireland Palestine Solidarity Campaign, are asking you to support the IPSC Vigil at the Spire, tomorrow, Thursday, 20th December at 5.30pm

The five hunger strikers, are all protesting their administrative detention orders.

Ayman Sharawna age 36 (171 days – with vitamins and supplements): Addameer lawyers visited hunger striker Ayman Sharawna in Ramleh Prison Hosptial on 18 December 2012. Ayman’s health is in grave danger, as he is suffering from severe pain in the kidneys, liver and legs, and has lost his vision. Ayman is refusing to be transferred to another hospital due to his Israel Prison Service’s intention to shackle him during transportation and treatment. Ayman is protesting his arbitrary re-arrest after his release in the prisoner exchange of 11 October 2011. The prosecution is attempting to renew his previous sentence despite their lack of charges.

Samer Issawi  age 33 (140 days – intermittently): Addameer lawyers last visited Samer Issawi on 12 December 2012, and reported that he is suffering pain in all of his muscles, has very low blood pressure and is losing his eye sight. He is now being regularly tested with a heart monitor and being administered with B12 injections to protect his nerves. Samer is also protesting his arbitrary re-arrest after his release in the Gilad Shalit exchange of 11 October 2011.

IPSC condemns the continued practice of administrative detention against Palestinians. We also call on the international community to pressure their governments and Israel to end this arbitrary practice and to comply with international humanitarian and human rights law.

On December 11, 2012, at 3 a.m. the offices of Addameer Prisoner Support and Human Rights Association, the Union of Palestinian Women’s Committees and the Palestinian NGO Network were ransacked by Israeli military forces, who broke down doors, seized computers, and destroyed office materials.

*Write to the Israeli government, military and legal authorities and demand that the hunger striking prisoners be released immediately.

*Write to your own elected representatives urging them to pressure Israel to release the hunger strikers.