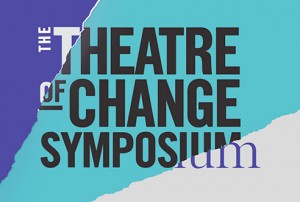 On the afternoon of Friday 22nd a number of discussions concerning Palestine and Israel will be taking place that may be of interest to supporters of the IPSC. Tickets for one day are €30/€25 (conc) and can be BOOKED via The Abbey Theatre website.

Friday 22nd January (You can view the full schedule here)

12.00 – 12.15
Ray Dolphin – The Fragmentation of Palestine: A United Nations View from the West Bank (Abbey stage)
Ray Dolphin is an Irishman who has been working in the West Bank and Gaza Strip (and for a period in the Balkans) for the last twenty five years. He is currently based in East Jerusalem, working with the UN office for the Coordination of Humanitarian Affairs (UNOCHA). He wrote The West Bank Wall: Unmaking Palestine and also provided the text for a photobook, Wall, by veteran Czech photographer Josef Koudelka.

12.35 – 12.55
Taiseer Merei – Culture Under Occupation (Abbey stage)
Dr. Taiseer Merei, a Syrian Druze, is the director of Golan for Development, an NGO in Majdal Shams in the Israeli-occupied Syrian Golan Height. He specialises in issues relating to the occupation, and Israel’s cultural colonialism towards the Druze in the Golan.

12.55 – 13.40
Gideon Levy – The Israeli Society and the Endless Occupation (Abbey Stage)
Gideon Levy is a journalist with the Israeli daily newspaper Haaretz, a longstanding opponent of the occupation and critic of Israel’s apartheid policies towards the Palestinian people. Often described as the ‘most hated man in Israel’, he must now employ a personal bodyguard to ensure his safety in a climate of rampant incitement against Palestinians and anti-occupation activist by Israeli government, religious and civil society figures.