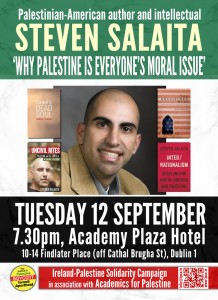 The Ireland-Palestine Solidarity Campaign, in association with Academics for Palestine, are honoured to present a public talk by renowned Palestinian-American author and intellectual Steven Salaita. The event will take place on Tuesday 12th September 2017 at 7.30pm in The Academy Plaza Hotel, 10-14 Findlater Place (off Cathal Brugha Street), Dublin 1 (map here). Admission free.

Organised by the Ireland-Palestine Solidarity Campaign in association with Academics for Palestine. 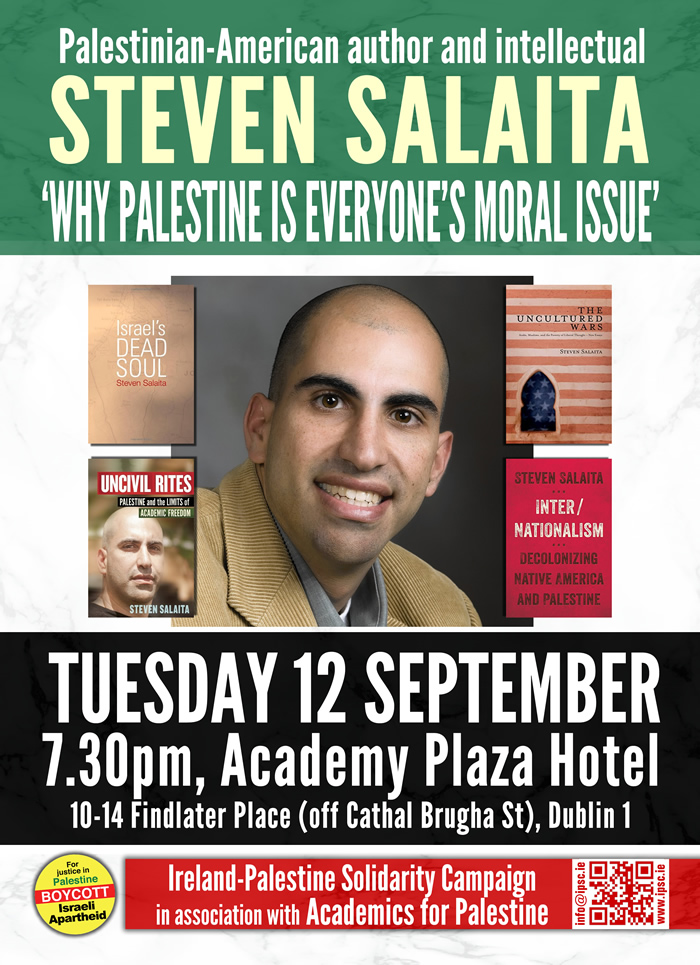