[Dublin] March for Palestine! Join the Global Day of Action! 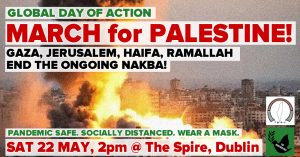 As Apartheid Israel escalates its attacks on the Palestinian people in Jerusalem, Gaza and the West Bank, we ask you to join our MASKED, SOCIALLY DISTANCED AND PANDEMIC SAFE protest on SATURDAY 22 MAY at 2pm at The Spire, O’Connell Street, Dublin. From there we will march to the Israeli Embassy.

JOIN THE GLOBAL DAY OF ACTION! 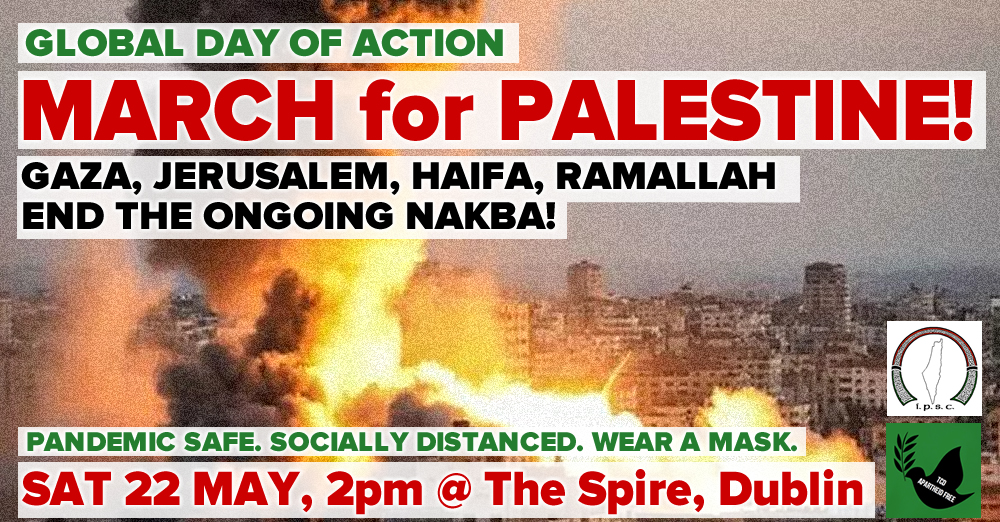