[Dublin] Protest the Prawer Plan: Stop the Ethnic Cleansing of Palestinians in the Naqab/Negev (IPSC) 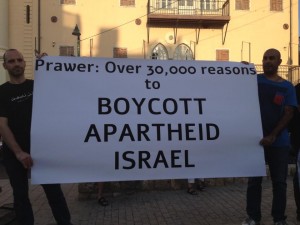 At 5.30pm on Thursday 1st August, the Ireland-Palestine Solidarity Campaign (IPSC) will hold a demonstration at The Spire on O’Connell Street in Dublin to protest Israel’s biggest act of ethnic cleansing since 1967, as part of an international day of action called for by Palestinians.

The Irish government has remained silent and the Irish media has refused to report on any on of this. Therefore, it is up to ordinary people like us to stand up make noise about this incredible act of state outrageous state racism.  On August 1st, the Palestinian movement against Prawer has called for an international  ‘day of rage’ to protest the plan. The IPSC is therefore holding this action to help highlight this vitally important issue.