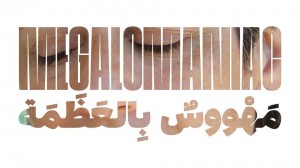 A sensational new tragedy about war from the heart of Dublin 8.

Meet Noor, a Syrian immigrant who’s fulfilled her dream of becoming an Irish citizen. Let’s celebrate our privilege with her! Her dream turns to nightmare as the Syrian war explodes. Noor’s family is disappearing; imprisoned, murdered, adrift on boats.

Take a visual and sonic trip through the ruins of her psyche as she contemplates suicide and the love bomb.

Based on a true story taken from fifteen qualitative interviews with a Coombe resident of Syrian/Palestinian origin. Outlandish Theatre Platform present this work in collaboration with Palestine’s ASHTAR Theatre. Together they investigate the cost of war.

This production is made with support from Dublin City Council, the Coombe Women and Infants University Hospital and local supporters.