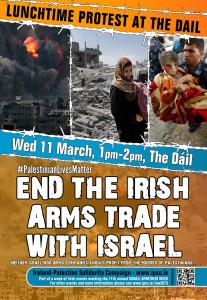 As part of Israeli Apartheid Week 2015, join the Dublin branch of the Ireland-Palestine Solidarity Campaign for a lunchtime protest outside Dail Eireann (the Irish parliament) calling for an end to the obscene arms trade with Apartheid Israel, and ensuring our government know that #PalestinianLivesMatter. 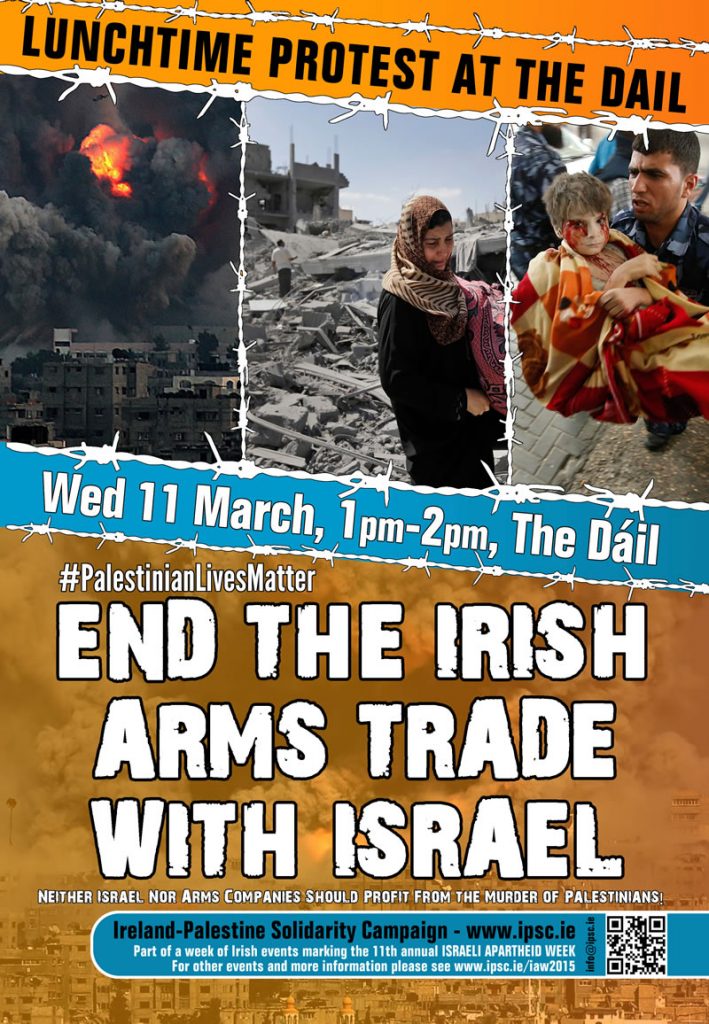