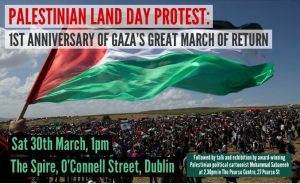 On Saturday 30th March between 1pm and 2pm please join us at Dublin’s Spire to respond to the call from Gaza to mark the first anniversary of the heroic Great March of Return. The date also marks the 43rd Anniversary of Palestinian Land Day.

Our speakers on the day will include:

Following the protest we invite you to come and hear from award winning Palestinian political cartoonist and artist Mohammed Sabaneeh. To mark Palestinian Land Day, Mohammed will be delivering a public talk and an exhibition of his work at 2.30pm in the Pearse Centre, 27 Pearse Street, Dublin 2. Details of that event are here. 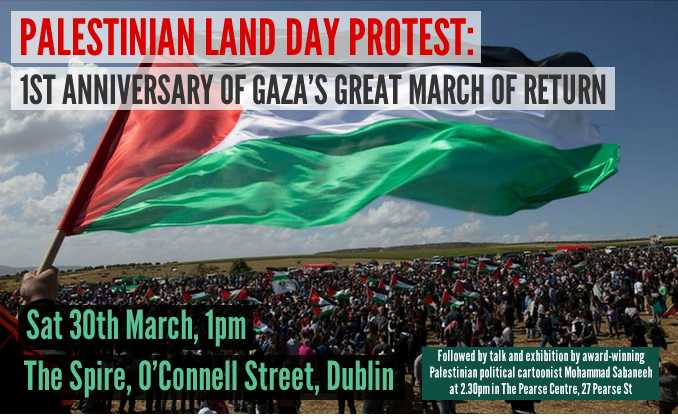