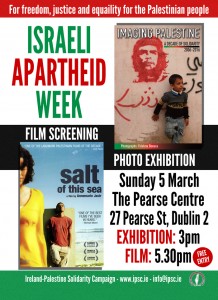 Also, from 3pm there will be an exhibition of photographs from the West Bank by Fidelma Bonass from Dublin who has been travelling to the region for the past decade – see here for details.

Entry is free, on a first-come first-serve basis, so be sure to come early to make sure you get a seat.

Salt of This Sea was an Official Selection of the Cannes International Film Festival in 2008. It is Palestine’s submission to the 81st Academy Awards for the Academy Award for Best Foreign Language Film. The film stars Palestinian-American poet Suheir Hammad as Soraya, an American-born Palestinian woman, who heads to Israel and Palestine on a quest to reclaim her family’s home and money that were taken during the 1948 Arab-Israeli War. 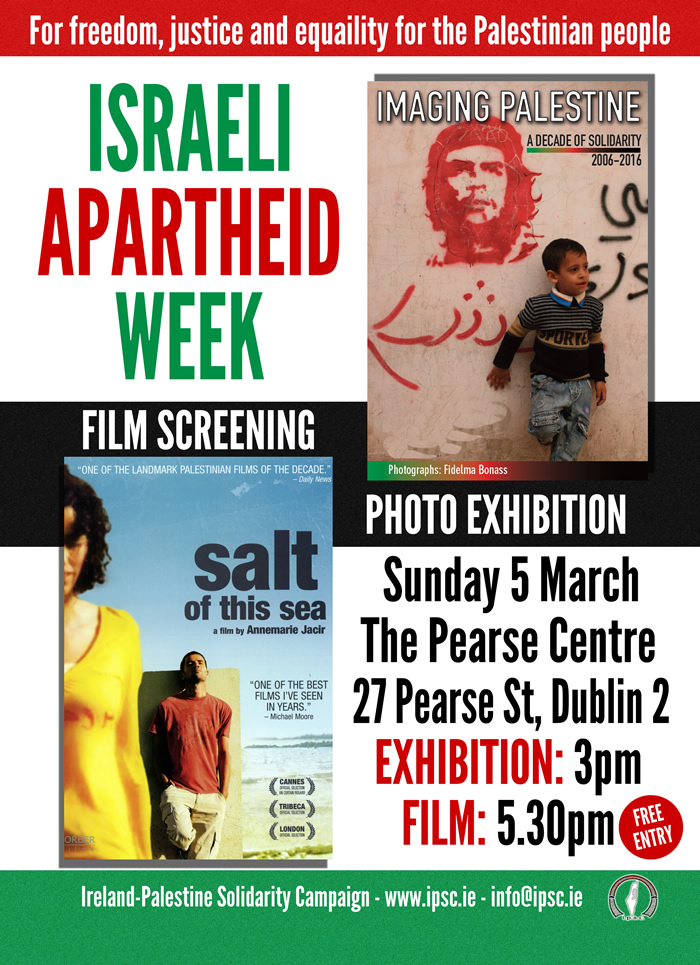