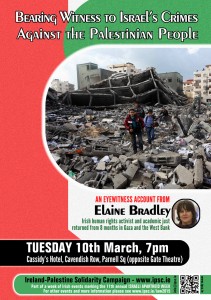 As part of Israeli Apartheid Week 2015, we invite you to an important public talk by Elaine Bradley, and Irish human rights activist and academic who will give an eyewitness report of Israel’s continuing war on the people of Palestine, and Palestinian resistance to these crimes. The meeting will take place on Tuesday 10th March 2015 at 7pm in Cassidy’s Hotel, Cavendish Row, Parnell Square (opposite The Gate Theatre), Dublin 1.

She will speak about the death and destruction wrought upon Gaza last summer, the ongoing illegal siege of Gaza and the systematic and structural violence perpetrated by Israeli occupation forces throughout Palestine.

Elaine Bradley is former CEO of Volunteering Ireland and an Organisational Consultant who has worked with governments, the UN and the EU, is an activist for human rights in Palestine. Elaine has just returned from 8 months in Gaza and the West Bank. 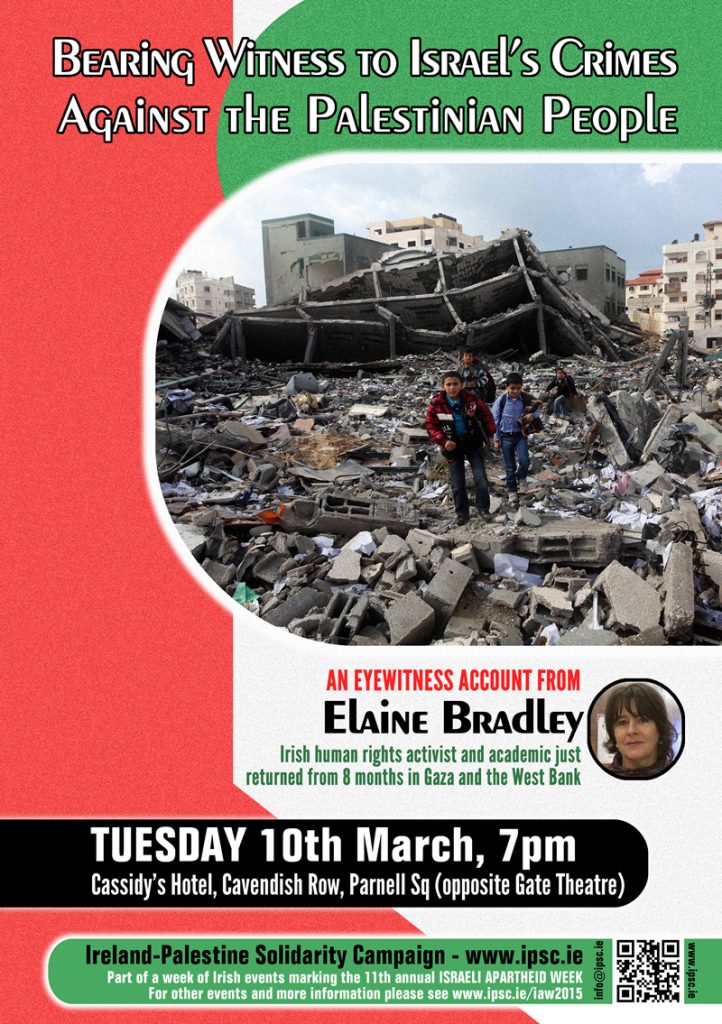