[Dublin] Human Rights and Rule of Law in Israel and Palestine: Where to Next? (IRLI, Trocaire & Christian Aid) 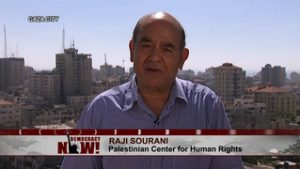 Join the Irish Rule of Law International, Trócaire and Christian Aid Ireland for an in-depth discussion with the Directors of the Palestinian Centre for Human Rights (PCHR) and B’Tselem.

Join us for an in-depth discussion with the Directors of the Palestinian Centre for Human Rights (PCHR) and B’Tselem, two of Israel & Palestine’s leading and most respected legal and human rights organisations, to hear about their pursuit of justice and accountability for breaches of international law in Israel and Palestine. The event takes place at the lecture theatre in the Law Society’s Education Centre in Blackhall Place.

On February 5, 2021, the Pre-Trial Chamber I of the International Criminal Court (ICC), found that “the Court’s territorial jurisdiction in the Situation in Palestine, a State party to the ICC Rome Statute, extends to the territories occupied by Israel since 1967, namely Gaza and the West Bank, including East Jerusalem.” This ruling – explained by the ICC itself here – opens the door for investigations into alleged war crimes perpetrated by “members of the Israeli Defence Forces, Israeli authorities, Hamas, and Palestinian armed groups.”

More recently, in March 2022 the UN Special Rapporteur on the situation of Human Rights in the Palestinian territories occupied since 1967, Professor Michael Lynk, delivered the final report of his five-year tenure to the United Nations (UN) Human Rights Council. His report provides an in-depth legal analysis of the human rights situation in the occupied Palestinian territory and comes to the troubling conclusion that “with the eyes of the international community wide open, Israel has imposed upon Palestine an apartheid reality in a post-apartheid world”.

His conclusion echoes the view of both PCHR and B’Tselem, who through their legal research and documentation of human rights violations have systematically gathered evidence to highlight a system of deep, formalised discrimination against Palestinians. In addition, the former Attorney General of Israel, Michael Ben-Yair, writing in The Journal recently, also concurred that “it is Israel that is permanently depriving millions of Palestinians of their civil and political rights. This is Israeli apartheid.”

Raji Sourani is one of Gaza’s foremost human rights lawyer,s and the founder and director of the Palestinian Center for Human Rights and former director of the Gaza Center for Rights and Law. Raji founded the Palestinian Centre for Human Rights (PCHR) in April 1995. Since then, PCHR has become one of the most well-respected human rights organization in the Gaza Strip, serving as an independent legal body in Gaza that documents and investigates human rights abuses and provides legal aid and counselling to victims. PCHR has been recognized for its work through several awards, including France Republic Human Rights Award, the Bruno Kreisky Prize for Outstanding Achievements in the Area of Human Rights, and the International Service Human Rights Award in 2003.

Hagai El-Ad is Executive Director of B’Tselem בצלם بتسيلم, the Israeli Information Center for Human Rights in the Occupied Palestinian Territories. Previously he was director of the Association for Civil Rights in Israel (ACRI, 2008–2014) and the Jerusalem Open House for Pride and Tolerance (JOH, 2000–2006). In 2014, El-Ad was among Foreign Policy’s “100 Leading Global Thinkers”. In 2016 and again in 2018, he spoke before the United Nations Security Council calling for international action in order to end the Israeli military occupation of Palestinian land. He lives in Jerusalem and tweets at @HagaiElAd

This event is co-hosted by Irish Rule of Law International, Trócaire and Christian Aid Ireland.