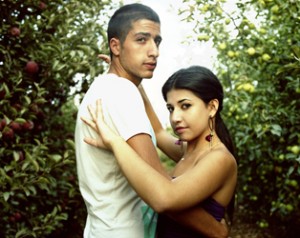 This documentary tells the epic story of Majdal Shams, one of five remaining Arab villages in the Israeli-occupied Golan Heights. Before the occupation there were 136 such villages, which have now mostly been destroyed. Cut off from their homeland since the events of the Six Day War, the villagers fight to maintain their national identity amid political uncertainty, border disputes and the Syrian civil war.  They are all connected to, and owe their existence to, the apples which grow all around the village. In many ways, as their resistance to occupation is generally peaceful, the apples are their  bombs.

Screened by the Irish Film Institute.