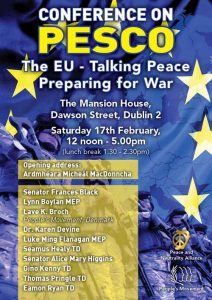 We are highlighting this conference which will take place on Saturday 17th February in Dublin’s Mansion House as PESCO is not only an issue for those who support Irish neutrality as enshrined in our constitution, it is an issue for everyone who cares about Palestinian rights.

The event is hosted by the Peace and Neutrality Alliance and the People’s Movement. 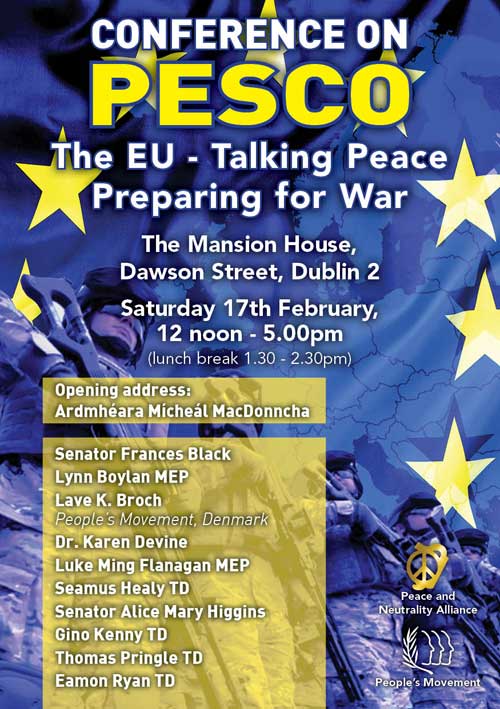