[Dublin] Civil society space: how do we keep it open? (Comhlamh) 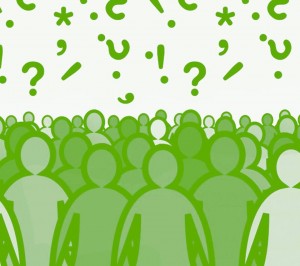 Comhlámh’s strategic plan 2017-2021 provides a clear political articulation of the place of volunteering and its contribution to social change within the universality of the global Sustainable Development Goals (SDGs). Volunteering strengthens civic engagement, promotes social inclusion, deepens solidarity, builds resilience and ensures widespread participation in development.
Volunteering is thus a political act and is at the bedrock of all civil society which in turn is key to ensuring that governments as human rights duty bearers are held to account for their actions. For civil society to flourish and thrive, the enabling environment for those who wish to volunteer is key, whether that be here at home or in the Global South.

But there are attempts to block a critical role for volunteers to work for social change.

Internationally and at home, there is a closing of space for civil society action. Restriction and threats arise increasingly for ordinary people active in their civil society groupings whether volunteers in their communities, trade unions, environmental activism or peace and human rights work.
Activists working on mining in Latin America have been targeted for their self-help and defense work. Closer to home, the closure of the bank account of the Ireland Palestine Solidarity Campaign is also a case in point of attacks on the rights of people to self-organise in the cause of human rights.

Some questions to be explored:

What are the factors driving this trend?
How do we respond?
What are the key issues to create a genuinely enabling environment for volunteering & activism to be supported and to flourish?

Liam Herrick was appointed to Executive Director of the Irish Council for Civil Liberties (ICCL) in November 2016. Prior to his appointment, he worked as Advisor to President Michael D. Higgins for almost three years. Liam was Executive Director of the Irish Penal Reform Trust (IPRT) between 2007 and 2014. He has also worked as the first head of legislation and policy at the former Irish Human Rights Commission and with the Law Reform Commission and the Department of Foreign Affairs. He is a member of the Irish Human Rights and Equality Commission (IHREC), a former Board member of the Children’s Rights Alliance and the Minister for Justice and Equality’s Strategic Review Group on Penal Policy (2012-2014).

James O’Brien is Country Representative for VSO Ireland, and works with VSO to build and share the case for volunteering in achieving the Sustainable Development Goals. He has served as chair of the Post-2015 Volunteering Working Group and coordinator of the Volunteer Groups Alliance. In 2016, James volunteered with VSO in Rwanda and Uganda as an Advocacy Advisor for a disability rights network.

Kathleen O’Neill is a life-long community activist based in Dublin, working in adult education and community development. She has been active in the KLEAR adult education centre in Kilbarrack and the SAOL project, working with women drug-users in Dublin’s north inner-city.

Alice Mary Higgins is an independent full-time Senator on the National University of Ireland panel for Seanad Éireann. As an advocate for social and economic equality, Alice-Mary brings care, creativity and long term thinking into the heart of political debate.

The moderator on the night will be:

Eilish Dillon is the co-ordinator of the MA in Development Studies programme which is offered at Kimmage Development Studies Centre. On the MA programme, she facilitates modules in sociology, research methods and globalisation and movements for change. She offers training on development representations and the Dóchas Code of Conduct on Images and Messages for NGO personnel as well as facilitating courses in development education. Her main areas of academic interest are: development discourses and representations; globalisation and change; development education; NGOs, civil society activism and social movements; and volunteering in development.

This event will be live-streamed on the night via Facebook.