[Dublin] A Chorus for Justice in Jerusalem – International Day of Solidarity with the Palestinian People (IPSC, PRI & Resistance Choir)

Saturday 29th November is annual International Day of Solidarity with the Palestinian People, and to commemorate it this year we will be taking to Dublin’s shopping thoroughfare Grafton Street with songs and slogans to raise awareness of Israeli injustices being perpetrated against the people of Palestine, especially those in the holy city of Jerusalem.

We’ll be on the street, on one of the year’s busiest shopping days, between 12pm and 4pm, so please come along and join us for a while.

We will have a mock-up of Israel’s illegal apartheid wall which cuts Palestinians in Jerusalem off from their families, friends and colleagues in the occupied West Bank, a model of the Dome of the Rock, one of Jerusalem’s most iconic buildings, and we will be joined by the lovely folks from the Resistance Choir, who will be singing songs of freedom and justice.

Some facts about Jerusalem: 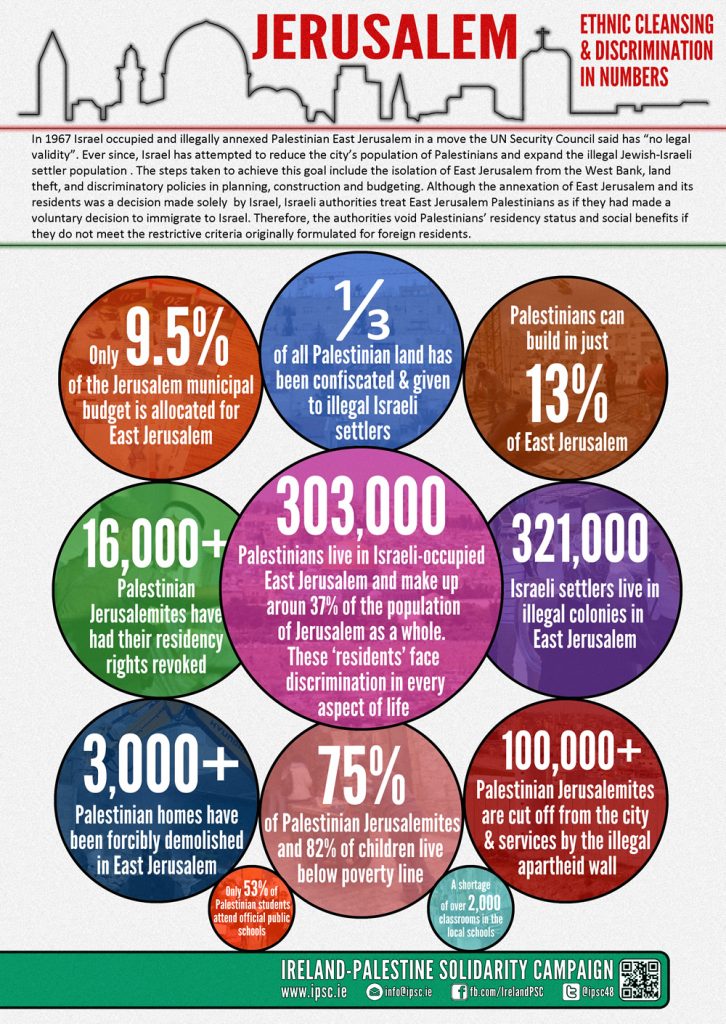 Organsied by the Ireland-Palestine Solidarity Campaign, Palestinian Right Institute and the Resistance Choir.