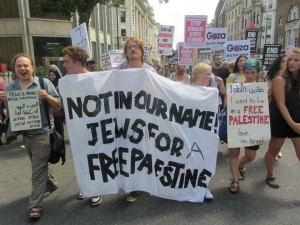 Ronit Lentin is an Israeli-Irish Jewish political sociologist and a writer of fiction and non-fiction books. She was born in Haifa, Mandatory Palestine in 1944, she has lived in Ireland since 1969. She has retired recently as Associate Professor of Sociology from Trinity College Dublin where she served as director of the MPhil in Race, Ethnicity, Conflict for 15 years and as Head of Department for three years, and was a founder member of the Trinity Immigration Initiative. Lentin has published extensively on racism and immigration in Ireland, Israel and Palestine and on gender and genocide and the Holocaust. Among her latest books: Thinking Palestine (2008), Co-Memory and Melancholia: Israelis Memorialising the Palestinian Nakba (2010) and Migrant Activism and Integration from Below in Ireland (2012). She is the chair of Academics for Palestine.

Harry Browne is a lecturer in the School of Media, Dublin Institute of Technology, as well as an activist and journalist. He is the author of Hammered by the Irish (CounterPunch/AK Press, 2007), The Frontman (Verso Books, 2013, also translated into Spanish and Italian editions) and the forthcoming Public Sphere (Cork University Press). His journalism has appeared in numerous publications, including CounterPunch, the Irish Times, Village magazine, the Sunday Times, and Great Irish Reportage (Penguin Ireland, 2013). He served on the steering committee of the Irish Anti-War Movement in 2003-04 and is a member of Gaza Action Ireland and Academics for Palestine.

David Landy is an assistant professor in the Department of Sociology, Trinity College Dublin, and active in the Ireland-Palestine Solidarity Campaign. His social movement activities inform his research and vice versa – he has published on various Irish and international solidarity movements. He is author of Jewish Identity and Palestinian Rights: Diaspora Jewish Opposition to Israel.