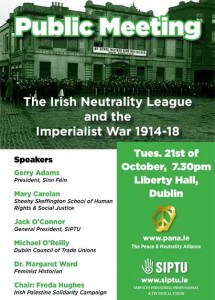 In October 1914 the Irish Neutrality League held a public meeting which brought together all those opposed to the 1914-18 Imperialist War. On the 21st of October at 7.30pm there will be a public meeting commemorating this event.

It will be chaired by Freda Hughes of the Ireland-Palestine Solidarity Campaign, who will also talk about the legacy of the ‘Great War’ in the Palestine-Israel region today; how the 1917 Balfour declaration led to the summer slaughter in Gaza. 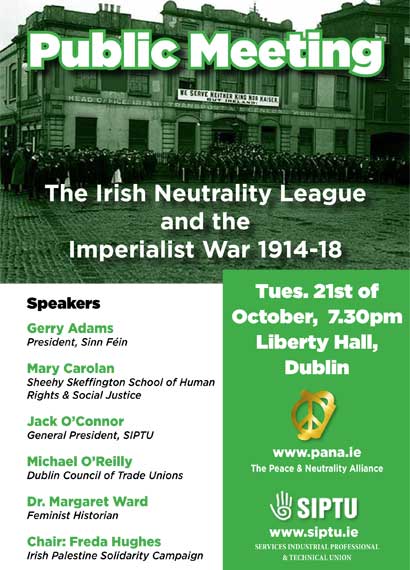