[Cork] In Solidarity With Gaza, For Justice In Palestine – BDS demo 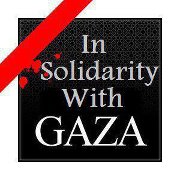 Please join us for this demonstration in support of our brothers and sisters in Gaza who are heroically in the face of a massive attack by the Israeli army. Raise your voice with ours and call  for the immediate cessation of Israeli military aggression against Gaza and the immediate ending of the siege of Gaza.

Learn how the boycott campaign can become a powerful and peaceful response to Israeli crimes against humanity.

Since 14 November, 136 Palestinians have been killed in Gaza. At least 91 of the casualties were civilians, of whom 28 children and 13 women. 941 people have been injured in total; almost all of them (922) are civilians. Amongst those injured are 258 children and 149 women.

The present conflict in Gaza is just the latest outrageous Israeli attack on a civilian population.

In 2012 71 people were killed by the Israeli army and 291 injured. In 2011 the number was 108 killed and 468 injured . This gives a weekly average of Gazans killed and injured of seven and 31 respectively over the last two years.

11 attacks were launched by the IDF against Palestinian fishermen in October 2012 alone.

Palestinians in Gaza are constantly murdered, wounded, oppressed by Israel, even when the media don’t speak about it.

For decades, Israel has denied ALL Palestinians their fundamental rights of freedom, equality, and self-determination through ethnic cleansing, colonization, racial discrimination, and military occupation

We ask all people of conscience to play an effective role in the Palestinian struggle for justice by supporting the campaign of boycotts, divestment and sanctions (BDS) against Israel, until it complies with international law and Palestinian rights.