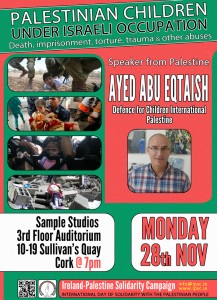 Hosted by the Cork branch of the Ireland-Palestine Solidarity Campaign to commemorate the annual International Day of Solidarity With the Palestinian People 2016.