[Dublin] Cooperation Under Occupation: Nawal Slemiah and the ‘Women In Hebron’ Co-op 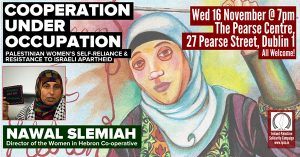 Nawal will be speaking in Dublin on Wednesday 16th November at 7pm in The Pearse Centre, 27 Pearse Street, Dublin 1 to tell the story of her co-operative and what it is like to live, work and co-operate under the Israel’s apartheid regime.

Apologies, but as the talk is upstairs, it is not wheelchair accessible.

Hosted by the Ireland-Palestine Solidarity Campaign 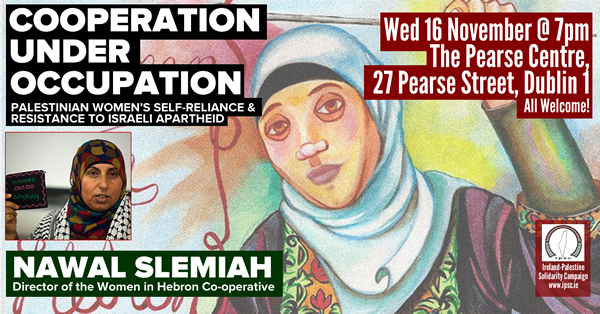