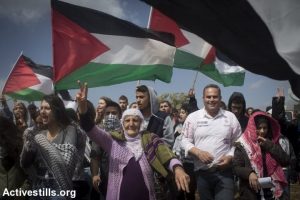 On Thursday March 21st the North Kildare IPSC are delighted to host the following speakers in the Celbridge Manor Hotel, Clane Road, Celbridge:

Asad Abushark is retired Professor of Lingusitics, and an official spokesperson of the Great March of Return in Gaza. He has taught at many universities in Palestine and abroad, and is a spokesperson for association of university teachers in Palestine Asad has been lifelong activist involved in the Palestinian struggle for freedom for many years believing that there can never ever be peace in the Middle East without the liberation of Palestine from Israeli settler colonialism, and is dedicated to defending the struggle of oppressed peoples for liberation, justice, equality and dignity.

Fatin Al Tamimi is chairperson of the Ireland-Palestine Solidarity Campaign. A diaspora Palestine, Ms. Tamimi has been living in Ireland for 30 years and is an Irish citizen. Her family originally hails from Gaza and Hebron and Palestine, and she still has close relatives living in both cities. Involved for many years in Palestine solidarity work in Ireland, in 2016 she was elected chairperson of the IPSC, the first Palestinian to hold the position.